Rep. Johnson, in a press release by Sen. Tillis’s states: “Section 101 of the Patent Act is foundational to the patent system, but recent court cases have upset what should be solid ground. That’s why I’ve been pleased to work with my colleagues—Senators Tillis and Coons; Representatives Collins and Stivers — on this effort to restore predictability and stability to the patent eligible subject matter inquiry that will ensure that the patent system is available to incentivize innovation in key areas of our economy. Press Release pdf is available here.

Decisions from the Court of Appeals for the Federal Circuit have suggested Congressional action on the Section 101, patent subject eligibility. Aatrix Software, Inc. v. Green Shades Software, Inc., 890 F.3d 1354 (Fed. Cir. 2018)(J. Lourie and Newman, concurring opinion “The law needs clarification by higher authority, perhaps by Congress, to work its way out of what so many in the innovation field consider are § 101 problems. … The Supreme Court put a gloss on this provision by excluding laws of nature, natural phenomena, and abstract ideas”).

As patent subject matter eligibility relates to secure patent protection for computer programs, the U.S. Supreme Court case of Alice Corp. Pty. Ltd. v. CLS Bank Int’l, 134 S. Ct. 2347 (2014) (“Alice Corp”), has rendered an extremely large percentage of previously issued U.S. computer patents invalid under Section 101 of the Patent Act as being ineligible patent subject matter. A like number of patent applications have also been rejected by the USPTO. In Alice Corp, the Court held that a “abstract idea[s], just like the algorithms” are patent ineligible subject matter. Any “algorithm implemented on a general-purpose digital computer” was found to be patent ineligible subject matter.

It is widely believed by nearly all patent practitioners that one cannot define what an “algorithm” is or what an “abstract idea” is with any reasonable degree of clarity, at least when it comes to computer programs.

Currently, the primary exception to the Alice Corp ineligible subject matter rule, per the Supreme Court, are: (a) “an ordered combination which transform[s] the nature of the claim into a patent-eligible application”; (b) an “improve[ment] [to] the functioning of the computer itself”; or ( c) to “effect an improvement in any other technology or technical field,” that is, an improvement in a non-computer-related field. For example, a computer program assisting a jet pilot to track an object with the pilot’s heads-up display was deemed patent eligible subject matter by the Court of Appeals for the Federal Circuit. Thales Visionix Inc. v. United States, 850 F.3d 1343 (Fed. Cir. 2017). The physical interrelationship of the computer program with the heads-up display was the improvement to the non-computer-related technical field.

Section 101: “(a) Whoever invents or discovers any useful process, machine, manufacture,
or composition of matter, or any useful improvement thereof, may obtain a patent therefor, subject to the conditions and requirements of this title. (b) Eligibility under this section shall be determined only while considering the claimed invention as a whole, without discounting or disregarding any claim limitation.” The Draft Bill does not change Section 101(a). New Section 101(b) requires that all words in the claim be considered, and not “discounted” in determining patent eligible subject matter.

The Draft Bill has other suggested changes to Section 112(f) that do not directly address the Aloc Corp. – patent eligible subject matter issue.

The Draft Bill seems to suggest the following additional commentary: “No implicit or other judicially created exceptions to subject matter eligibility, including “abstract ideas,” “laws of nature,” or “natural phenomena,” shall be used to determine patent eligibility under section 101, and all cases establishing or interpreting those exceptions to eligibility are hereby abrogated.” 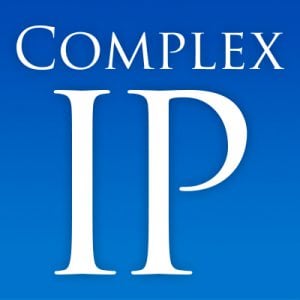 The Supreme Court expanded the appeal rights of a patent applicant whose patent has been rejected by the U.S. Patent…

If a patent claim only covers an abstract idea, it does not define patentable subject matter but if the claim…

0
25 May 2011
Is it Malpractice Having Competing Patent Clients?

The U.S. Supreme Court, in a critical ruling, held that the naturally occurring segments of deoxyribonucleic acid (DNA) in the…

The Court of Appeals for the Federal Circuit has held that patent method claims, reciting steps that can be carried…

0
30 Aug 2012
DNA and Method Patents With Simple Steps – One Patentable, The Other Non-Patentable Abstract Idea

The Second Circuit Court of Appeals has held that promises in a contract, such as covenants, which prohibit the licensed…

0
27 Jul 2012
Prometheus: Laws of Nature Plus Conventional Steps Not Patentable

The Supreme Court extended the prohibition that laws of nature, combined with “well-understand, routine [and] conventional” method steps are not…

The Federal Circuit Court of Appeals has revised contempt proceedings for those who violate patent infringement injunction orders. The earlier…